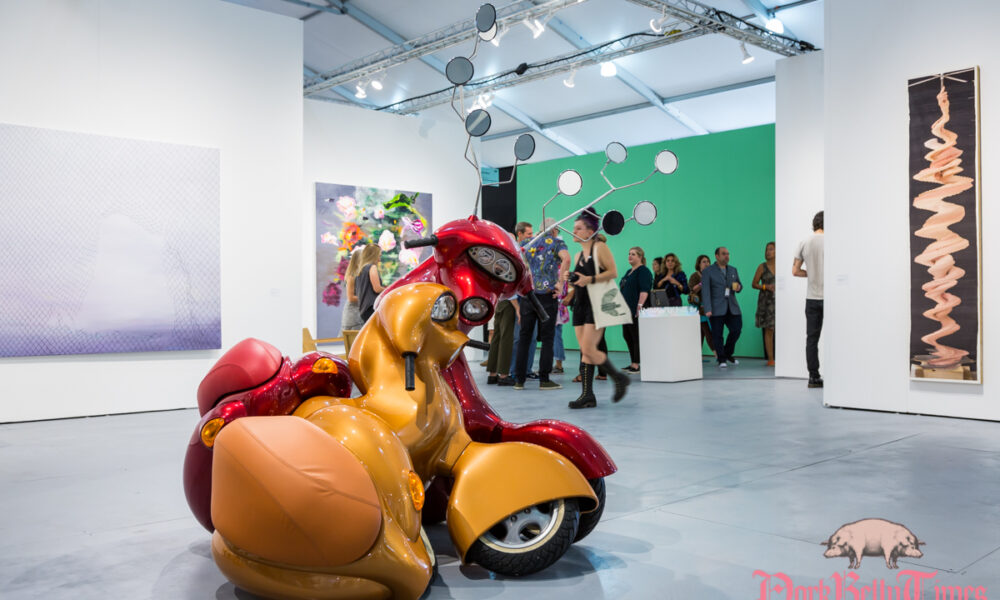 Thursday December 1st, PBT attended the opening of the 12th edition of Pulse Miami Beach. The art fair returned to Indian Beach Park on Collins Avenue with two tents and a roster of over 75 galleries, representing over 200 artists. Lots of new talent to see at Pulse 2016, with first time participants representing 25 percent of the booths. The tents provided galleries and artists ample room for work to be displayed and people to move through.

At the North Tent, PBT got a chance to speak with veteran and artist, Brian Paumier, from De Soto Gallery, who told us a bit about the inspiration for his work. His two pieces, The Lamb of God and NANDI Vehicle of Shiva are inspired by old arcade games, the type he played with his friends growing up. Pointing to Nandi, he told us “I got this in Mexico, at a feria, it was a prize from an arcade game, but I saw the same thing in India. So part of the work is a comparison of Hinduism and Catholicism.”

Raising awareness of social issues was a major theme at Pulse this year. One of the booths at the South Tent was dedicated to the #endHIV Campaign. The campaign had a video on display with a dance interpretation of the infection cycle, created by Ryan Heffington and narrated by Julianne Moore. At the North tent, Project for Empty Space featured an installation titled, “What was your race moment?” The installation encouraged fair-goers to grab a piece of chalk and write on a blackboard about a moment when race had affected them.

Pork Belly Times would like to congratulate Devan Shimoyama for winning the PULSE Prize this year. Devan’s work is an eclectic mix of self portraits and elements of nature, with sequins and glitter, lots and lots of glitter. Devan was represented by Samuel Freeman Gallery from Los Angeles, first time exhibitors at the fair. 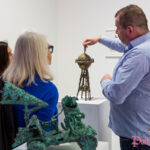 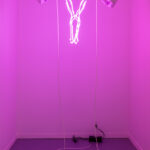 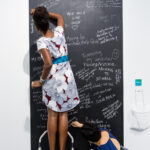 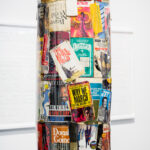 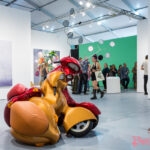 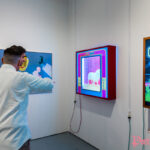 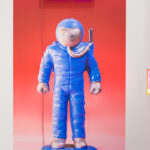 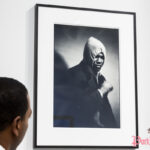 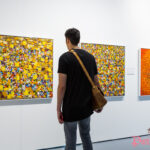 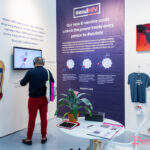 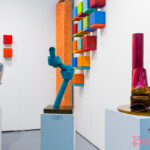 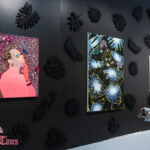 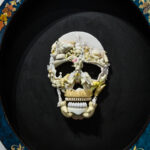 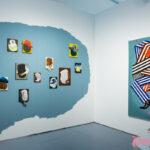