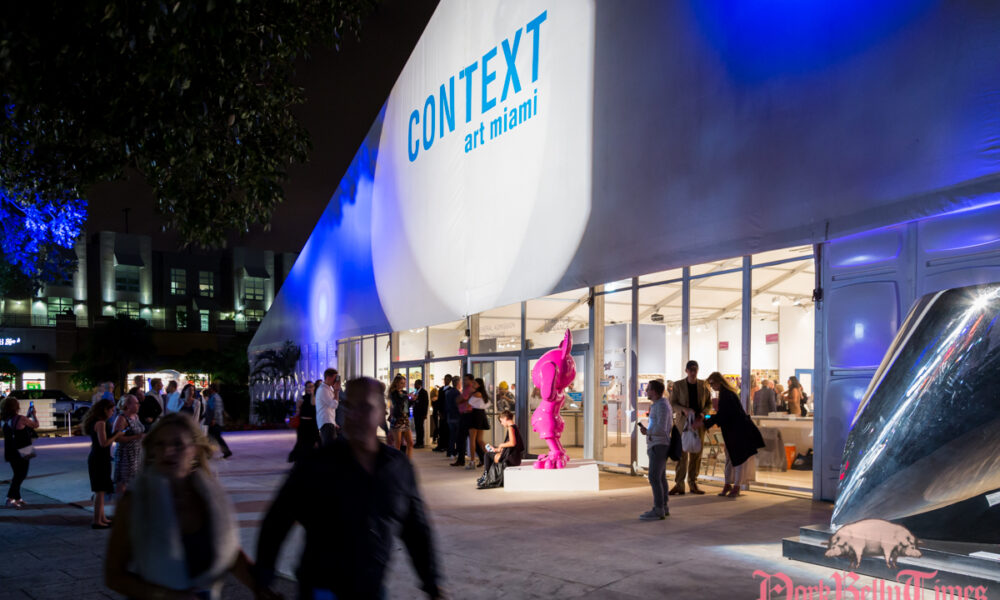 Tuesday, November 29th, PBT attended the opening of Context, the sister fair of Art Miami. Fair-goers are greeted by Fidia’s Freaky Mouse as they approach the entrance of Context 2016. We caught up with the Italian artist, represented by Fabien Castanier Gallery, about the totems he had on display. Despite looking like one solid piece, the artist revealed that there’s actually 24 different ways to assemble them. Below you can see a picture of Fidia beside Gold Bless You, one of his totem’s. Another artist that caught our attention was Craig Alan, from Joerg Heitsch Gallery, with his Populus Portraits of Pablo Picasso and Andy Warhol. The gallery from Munich also featured the surreal network-sculptures of Moto Waganari, who illuminates his pieces to create shadows that multiply the size of the figures along the wall.

At Rofa Projects we were treated to Walterio Iraheta‘s Last Supper and at Modus Art Gallery to Seed Universe by Il Hwa Kim. Kim’s work is composed of tens of thousands of seed units. Each seed unit is made of handmade Hanji. Which is a traditional handmade paper from Korea.

At Arteria we found Pasha Setrova‘s haunting figurines that draw from her former life as a model. Wynwood darling, Ron English, was represented by Galerie Matthew Namour, and his iconic Hulk Baby made an appearance as the avatar of Tupac and Biggie. There was also a sick R2-D2 that any Star Wars fan would enjoy.

PBT also got a chance to catch up with Federico Uribe, whom we first met at his show, Realm of the Unreal, and later interviewed at his studio. Federico, represented by Adelson Galleries, makes sculptures and portraits from recycled and re-purposed materials. He’s made felines from bullets, and bugs from boats, and at this year’s Context he did not disappoint.  One of his portraits was made from piano pieces. 50 pianos went into the piece, actually. 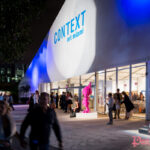 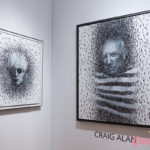 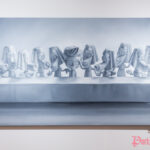 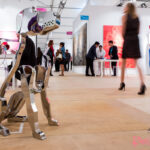 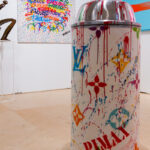 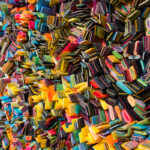 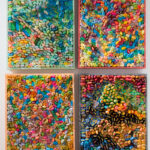 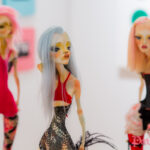 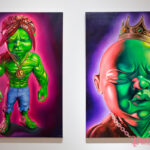 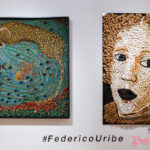 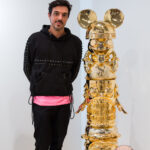 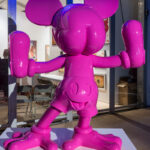