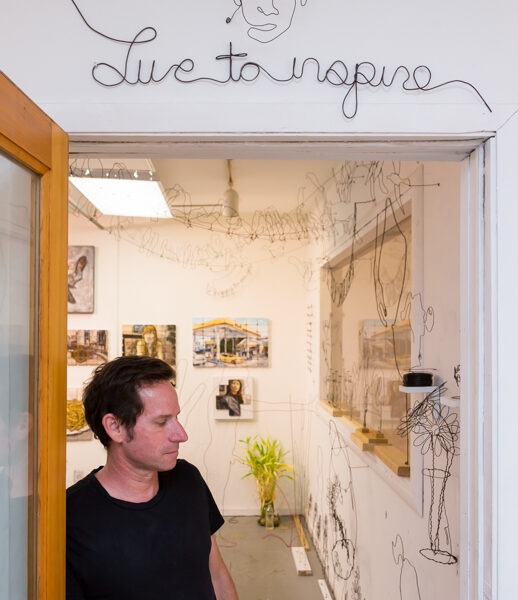 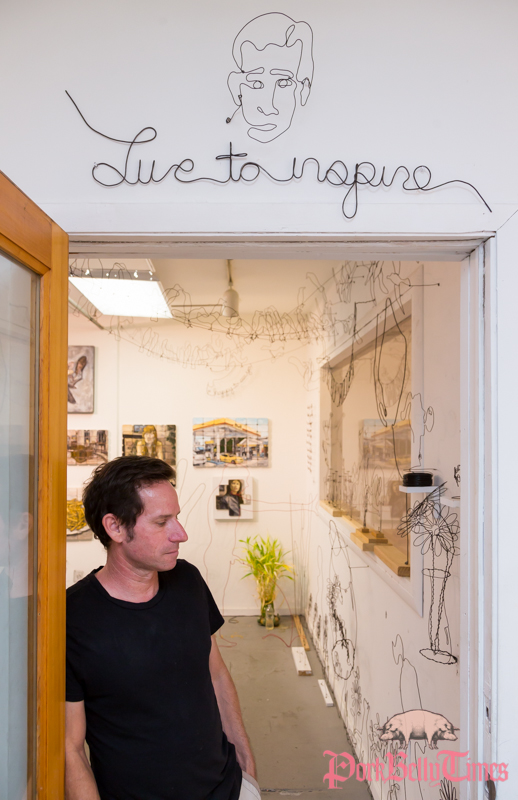 Z     I lived in Florida; I lived in Maine, Boston, Cleveland, Chicago. As an adult I lived in Chicago, as a kid I lived in Cleveland. And for a short time I lived in Brazil. I moved around a lot. I lost count at 36 times. I mean, it’s a good life being a gypsy, but it has its down side of course.

D     How did all that moving around affect you in school?

Z     I don’t know how it affected my schooling; I wasn’t much of a student anyway. You know artist types; you’re either drawing or taking pictures. Photography actually, was my first love. At 9 I became obsessed with photography and that’s what I clung to. That and humor, which I used to get out of difficult situations. When you move so much you have to rely on your humor I think, I was too small to be the tough guy. Which I did try, and it didn’t work out so well. I got a chipped tooth, so I stopped being a tough guy. When you see a chipped tooth fall out, you realize “Oh right, I better stop this.”

D     Were you formally trained as an artist?

Z     Like I said, when I was 9 I was obsessed with 35mm cameras. There was something about the way they looked, so mechanical, so inventive. Fortunately, my uncle was a big hobbyist in photography and he gave me one of his cameras. And then, my third father was into photography, he was actually making a living taking pictures at the time, he had a dark room and that was like boom. That was when I was 14. So from 9 to 14 I was going crazy. So, self-taught.

D     Well, music theory is hard. I played in orchestra. 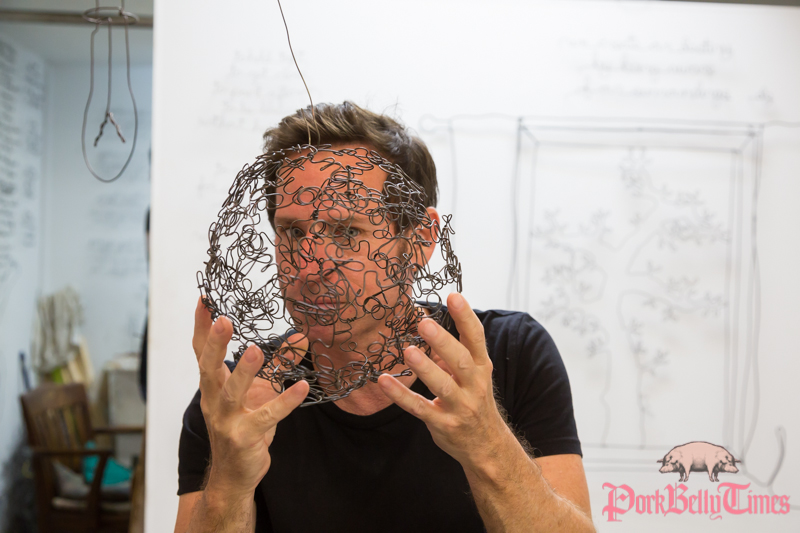 Z     I played the saxophone, but I was terrible, I didn’t have any rhythm. And I took music theory because it had music in the title. I had no idea what the theory was about. So he actually told me I failed. This last bit is hilarious. We had to write a score. I had no idea what I was doing so I just wrote a bunch of notes and I gave it to him. I didn’t think he was actually going to play it. I thought he was just going to say “Okay, Dave” but he sat down on the piano to play it and he looks at me and says, “What is this?” I told him, well, “It’s my composition.”

Z     The bridge! Exactly. You don’t get that? You’re a music teacher. So he says to me “You know, Dave, you’re terrible, but I’m going to pass you, you know why? Because you’re really funny and you gave us a good laugh.” 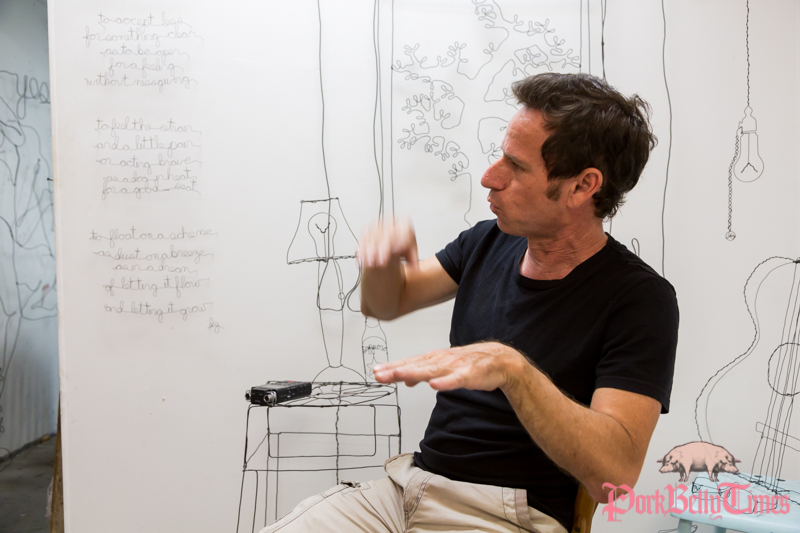 D     The price for education is out of control.

Z     I think we’re going to go back to people being self-taught. I have friends that are still in debt and it doesn’t give you the freedom to dwell, and I have a real problem with that. To me, dwelling is a great thing because you learn a lot about yourself and about the universe. It expands you when you have time to think about other things besides investing your waking hours to a job to pay off your student loans. I think that’s what I’m getting at. That or there’s going to be some kind of violent revolution. We’ll see what happens but less and less people will be going to school, at least in the arts. I don’t know why people go to school to be an artist, I don’t understand that.

D     Let’s talk about that. If you play the guitar you don’t go to college to be a rock star, you just go out there and be a rock star. 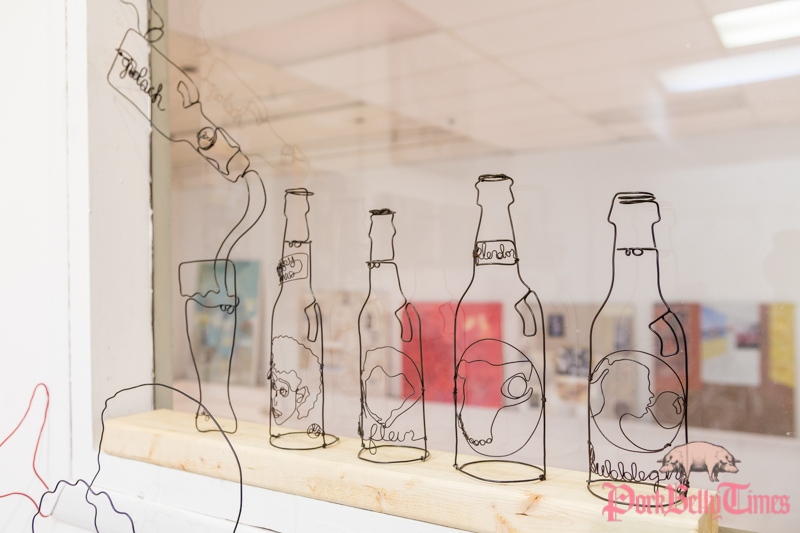 Z     Exactly, you practice every day. To me it’s the same thing with art. The problem I have with MFA type stuff is that it’s approached as a career and to me music and as a visual artist, this is a way of being, a lifestyle. I had a career, photography, before I was a visual artist like this. What I realized before I left it was that I just wasn’t happy. I was doing high-end projects, international advertising, and making huge sums of money and I wasn’t happy. I remember so well, there was this other photographer in New York and he was making twice as much as what I was making and I thought I should be making that much, I’m as good as he is, if not better. So there’s this competition, if I was making fifteen thousand a day, I should make twenty thousand a day, and the next client should be bigger and like that. And I was blinded by that; the money and that step-ladder and I was miserable. I started turning down jobs. I remember a California magazine called me and they wanted me to do the cover and they only had like twenty-two hundred dollars to do it and I was at this point where I thought if I accepted it I’d be moving down the ladder. That’s not career, career goes up not down. So I would pass on these opportunities and I realized what an idiot I was. Career is so harmful, all it is is levels of anxiety because you’re never happy or you don’t have what the other guy has.

D     Was that the point you started transitioning from the photography into the art? 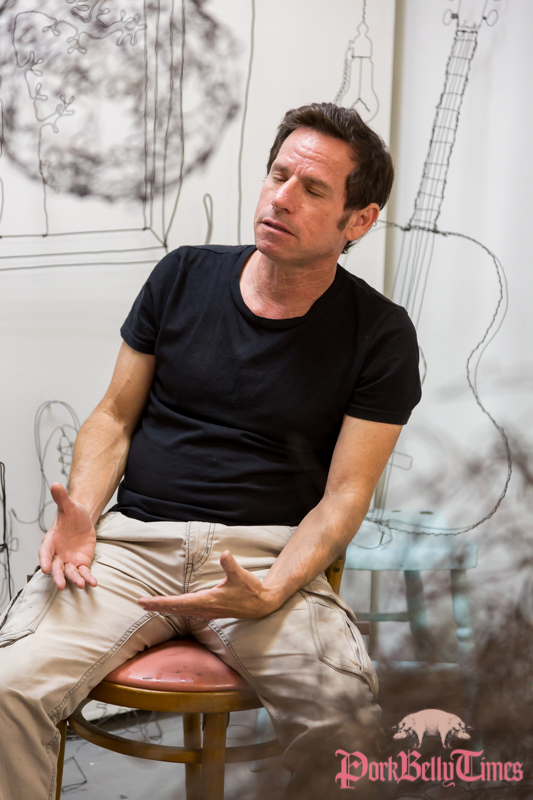 Z     No, it was like passing through the eye of the needle. You know, it’s really difficult, it’s this tiny little opening but once you pass through it, it’s like spiritual enlightenment. When you take something you’ve done your whole life and you really did love, I did love photography, I worked hard to get at that level, and when the universe started pushing me in another direction I suffered. Fortunately I had people around me that supported me. You have to have people support you as you go through these life transitions because you can’t do it yourself. I used to think that you could, but you can’t. I think everyone goes though the eye of the needle to some degree at one point. I don’t know if you’ve thought about it or gone through it yourself when you make a choice to do something that’s contrary.

D     Nothing more contrary than being a biology major and then deciding that I didn’t want to work in a lab anymore. I wanted to write. I wanted to do something I liked.

Z     But you caught yourself young, though.

D     Family, professors, friends. It was like, “What are you doing with your life? You’re gonna make no money. You’re going to die in the street.” 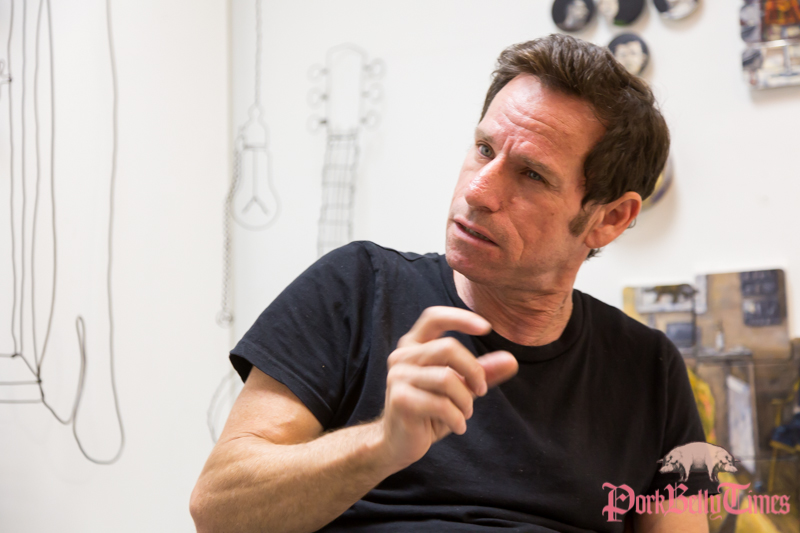 Z     Yeah, the threats come out, the fear, but to me life is so simple. I don’t have kids, but if I did, I suspect I would raise them like this. With my mother I don’t know if it was indifference or she just saw the natural ability in me, I never asked her. I should. She’d probably say she saw the talent in me so she just let me go instead of interfering. Let parents just observe their kids and see what they’re good at. I’m sure you showed these tendencies of writing when you were younger, right? If you grow up doing what you love, how can you fail at that?

D     It seems logical enough, right? But that doesn’t seem to be the norm.

Z     I think we have to change people’s point of view on this. We all have to stand out and say something to folks. Do what’s inside you, what moves you, whatever is that bliss inside you, you’ll never starve. You’ll be dedicated to it at the very least, and that’s a kind of love. Marilyn Monroe said that work is a kind of love and she was probably an expert on love, I don’t know. 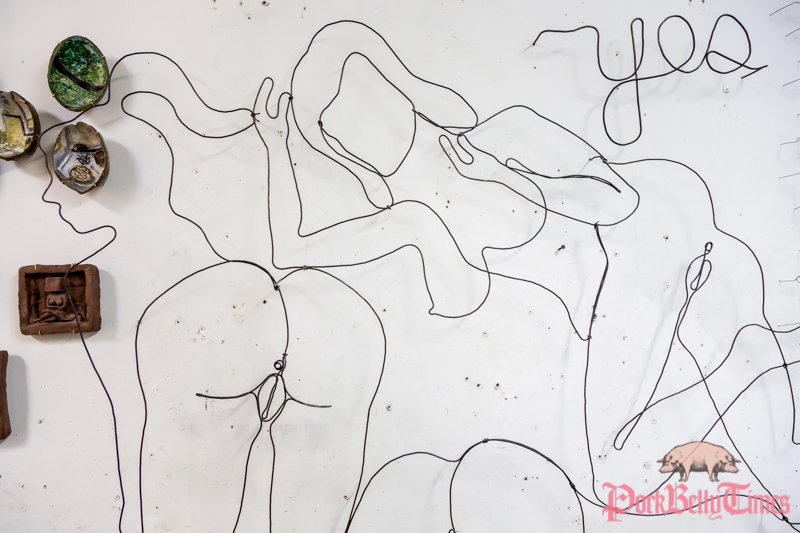