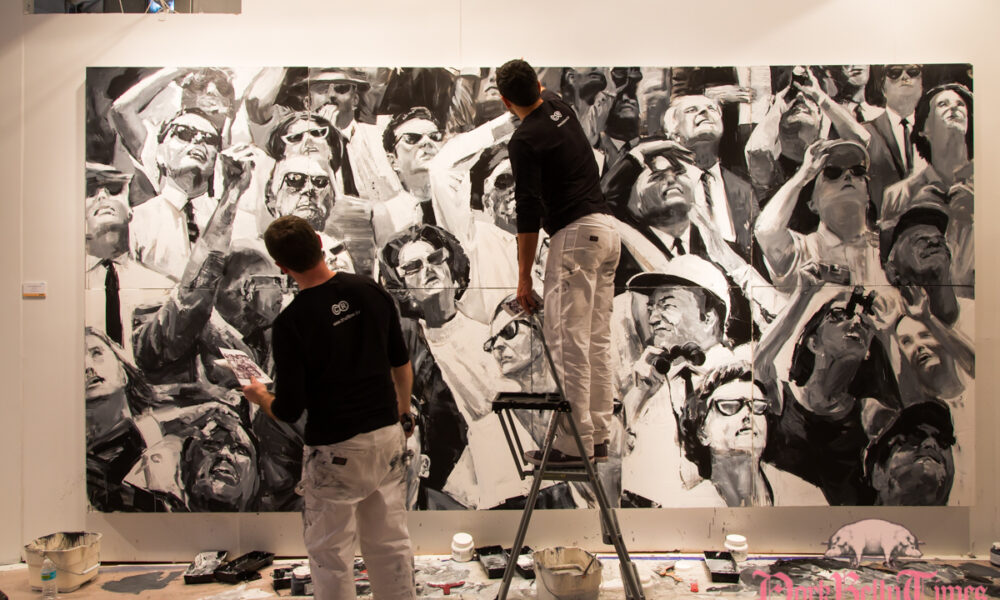 There were plenty of art fairs around Miami this President’s Day weekend for locals and visitors to enjoy. The third installment of Art Wynwood featured 70 international and local galleries. The sister fair to Art Miami, highlights contemporary and modern art and it mirrors the blossoming art scene of the Wynwood district. Some of the more provocative exhibits at the fair were from our very own Wynwood galleries.  Such as Dario Posada‘s Self Portrait as a skull from Elite Fine Art Galleries. Another local notable was Rudolf Budja Gallery on Miami Beach, which followed their strong showing at Art Miami (which featured a live painting of a Lamborghini during Art Basel) by featuring David Baskin’s E-type.

The re-appropriation and deconstruction of objects to reconstruct them in a meaningful new way was visible in some of the exhibits. On such case was  Bolivian artist, Gaston Ugalde, who  had an unexpected, and eerily delightful piece in PSH Projects in which a shamanic head was made from the cloths that are used to make death masks for shamans in the Andean world. Brooklyn-based artist Ted lawson also plays with the cyclical nature of objects in his piece Eve.

There’s never a shortage of visually pleasing pieces at art fairs. The animals in Galleria Ca’D’Oro instantly drew the eye. They included the Pink Snails that took over Miami Beach a couple of years ago, and they were joined by some other colorful friends. Frank Hyder‘s Leaf man series is also a visually indulging spectacle to behold. And for that extra wow factor, live painting was provided by Christian Volckman and Raphaël Thierry, which were represented by Waltman Ortega Fine Art. 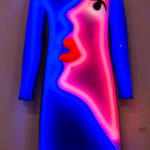 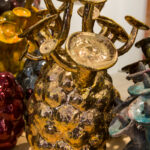 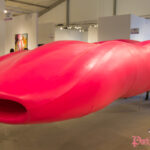 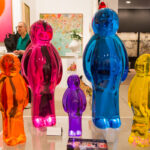 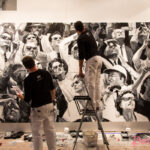 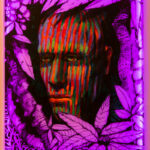 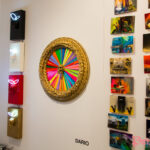 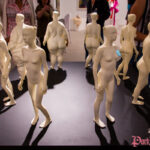 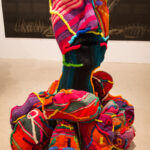 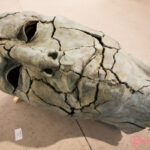