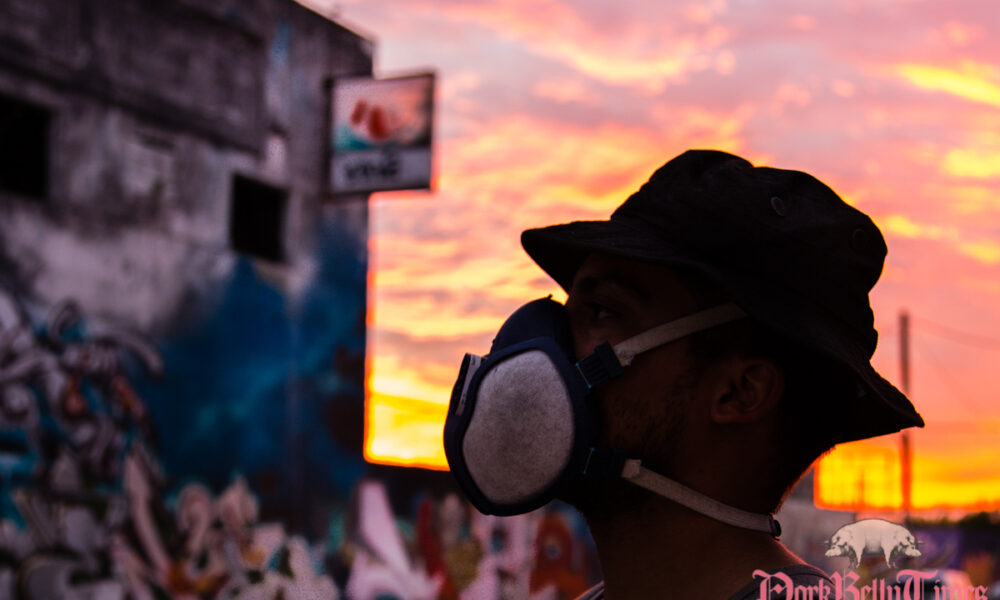 A Word With iNO

Hailing from Athens, Greece the street artist, iNO, has descended upon streets all over the world and graced them with his art. He was formally trained at fine arts school but his style grew up on the streets.  From Athens, to Berlin, to Miami his murals have served as public masterpieces for the masses to enjoy since 2000.

This December, Pork Belly Times had the pleasure of meeting iNO. We met him while he was working on Fatality at the RC Cola Factory in Miami’s Wynwood Arts District. He was painting the piece for Art Basel Miami. The soft spoken Athenian revealed to us that it was a deviation from his traditional style which has a more surrealistic touch. Fatality is a monochromatic experiment for iNO, who has quite the eye for capturing the female figure. After he finished Fatality he found an even larger wall to paint In Heaven With You, which can be seen at the Wynwood Lofts. In that piece he returned to a more familiar motif by incorporating those iconic colorful eyes which can be seen in some of his previous work. When we asked him about those mesmerizing eyes iNO said, simply: “Eyes Tell the Truth.”

Below are some of the questions we asked him:

PBT     You’ve been all over the world, which city has the most beautiful women?

iNO     You already know the answer.

PBT     What draws you to open spaces and big walls?

PBT     There’s a recurring theme of faces blending or being distorted in your art, is there a particular meaning attached to that?

PBT     Since we are Pork Belly Times we have to ask: iNO, do you like bacon?

iNO     With cheddar and fries.

PBT     Is there any chance we’re going to see any bacon inspired art in the future?

PBT     What’s the meaning behind the title “Fatality” on the piece you did at RC Cola Factory?

PBT     Are those the biggest pair of tits you’ve ever painted?

PBT     How many spray cans or how much paint does it take to paint something that size?

iNO     Forget about the paint, you will need patience.

PBT     Is there a particular wall, or building, or place somewhere in the world you’ve always wanted to paint?

iNO     Always wanted to paint outside my high school and I did it.

PBT     We see a lot of gas masks in some of your previous paintings, can you tell us a little bit about that?

PBT     Do you know the true identity of Banksy?

iNO     Who cares about his face or name? His art is the point.

PBT     What’s it like to be known for your art and yet remain anonymous?

PBT     Is there anything iNO would like to say to his fans? 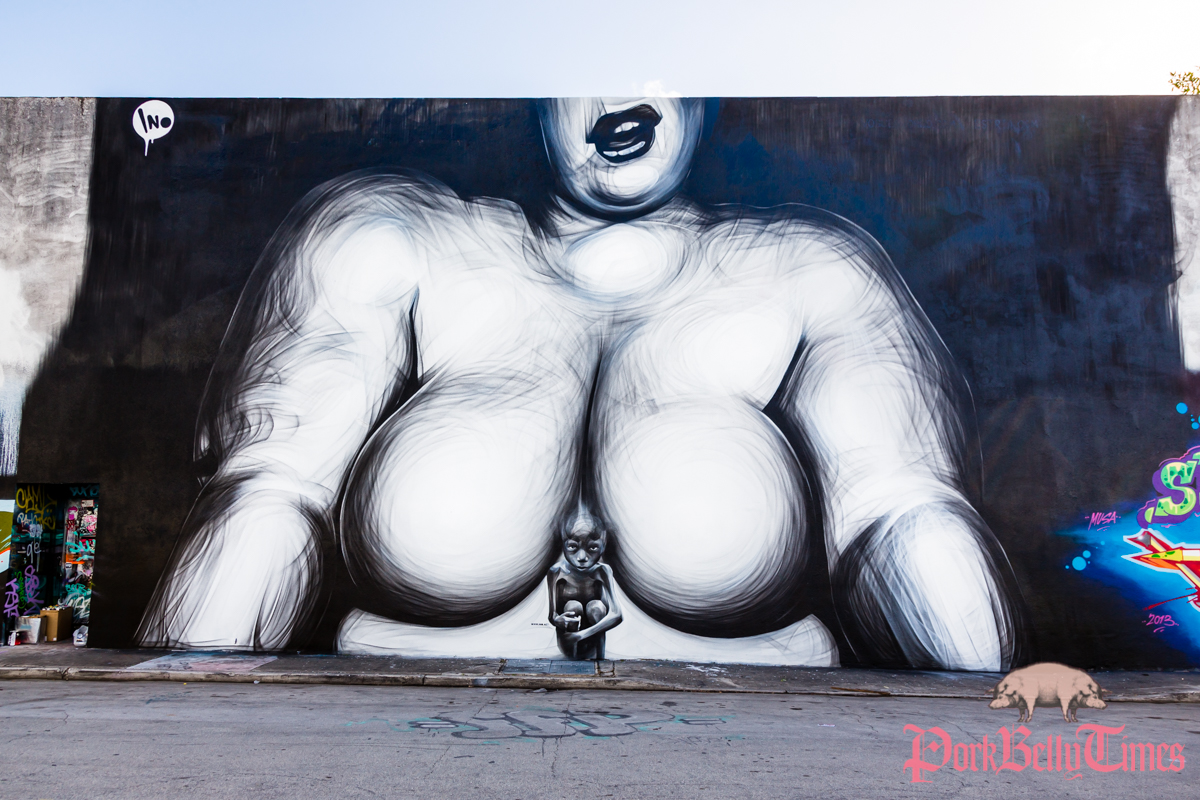 More information on iNO can be found at: www.iNO.net. 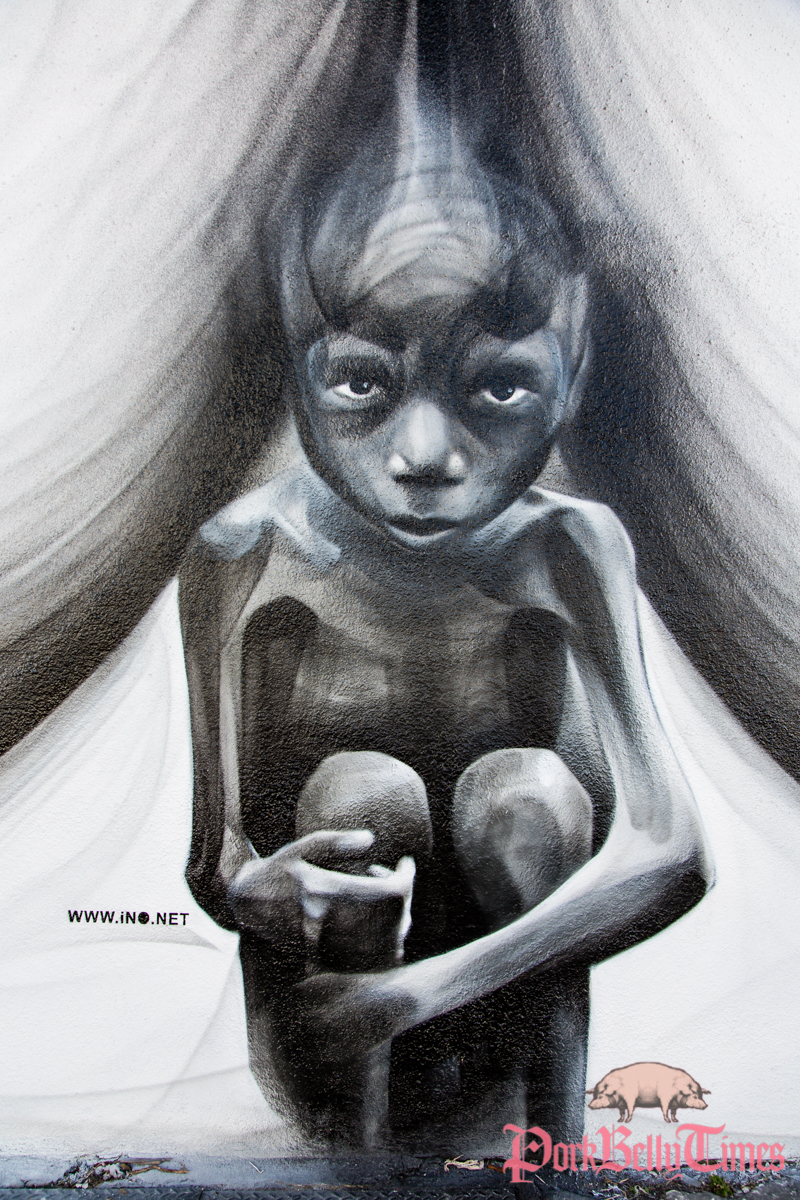