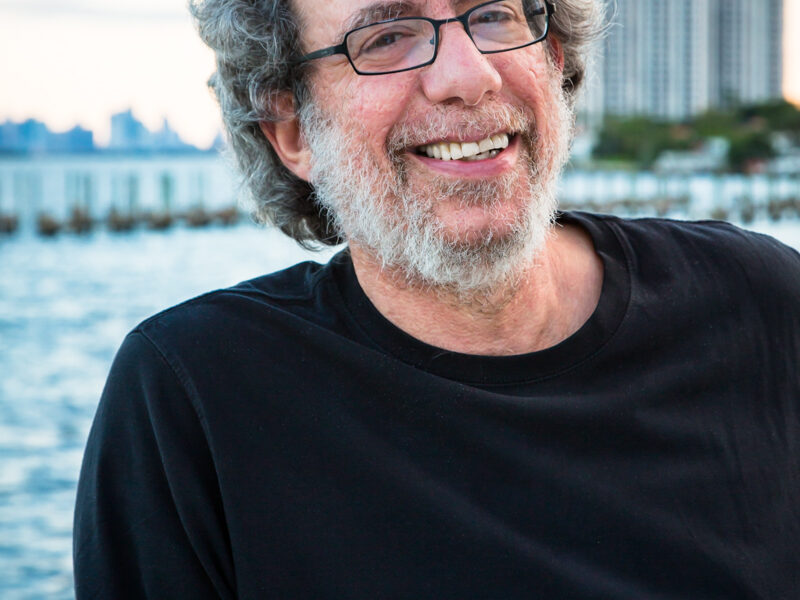 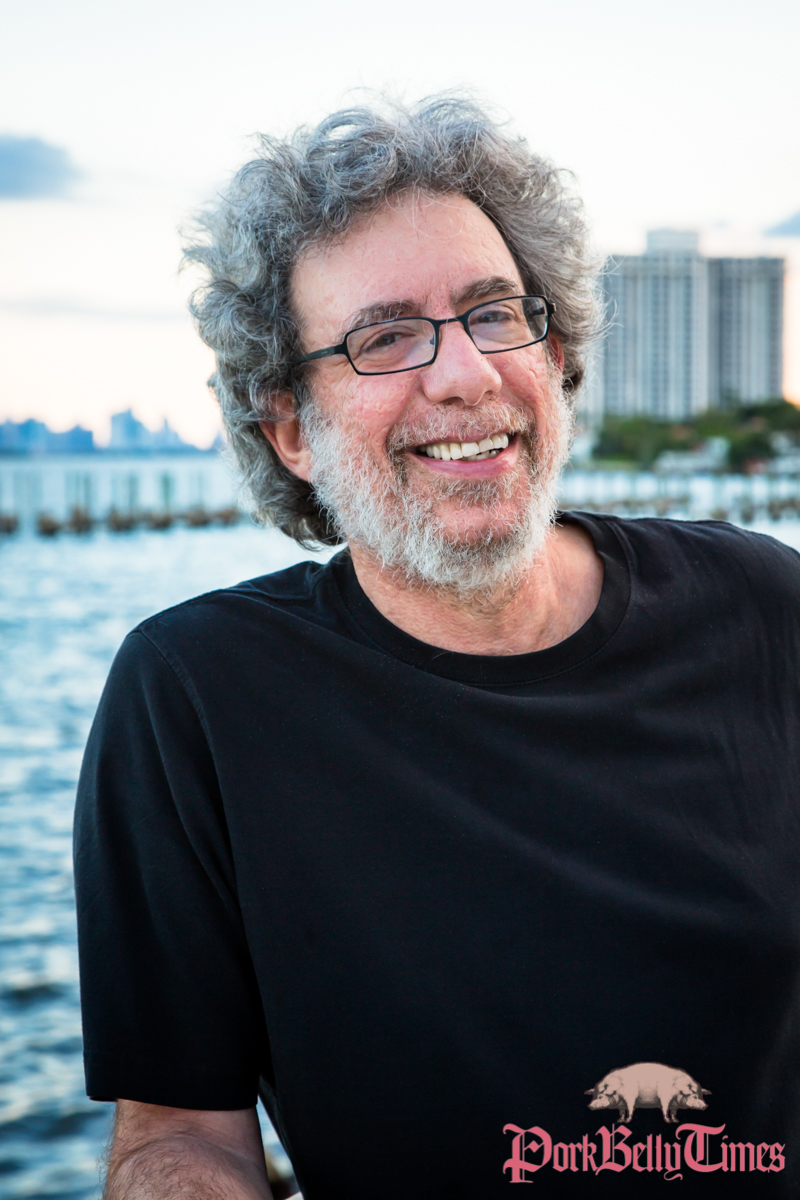 D     Thank you for joining us Randy.

D    What was it like growing up in Baltimore?

R     Gee whiz. I was very protected as a child. I was raised in a Jewish orthodox family. I didn’t go to school with the rest of the kids in my neighborhood. I felt isolated, which probably affected my art later on. So, growing up I felt misplaced.

D     In your neighborhood?

R     In my neighborhood and in school. I was kind of a loner, not much into sports. I had two older brothers but I didn’t tag along with them a lot, I did my own thing and I think the art derived from some of that alone time or maybe I wanted it. I don’t know. The neighborhood was friendly, all the doors were open. But maybe the most I remember are the cars on the street. If I close my eyes, what I see most are the cars. In the fifties there were these cars with all these fins and wild colors and the visual stimulation really affected me. I went out of the neighborhood on my bike and I would go to the car dealers like a month before the new cars would come out and they would be out in the back lots already. The first time I got high was looking at these cars. I saw the Edsel before it came out; the Avanti. Nobody else in my family could give a shit about any of that stuff.

D     Would you say seeing those cars sparked your artistic fire? 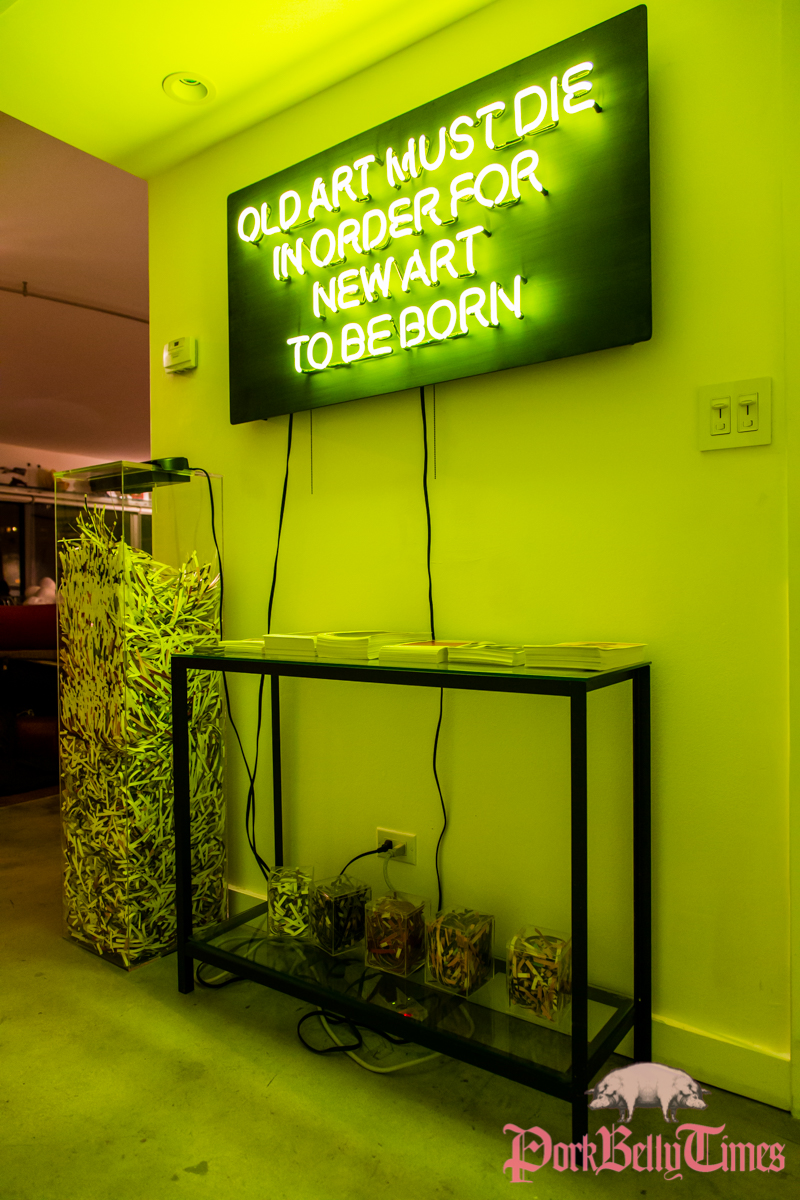 R     Yes. I would go into my parents’ window and look at the cars in the street and I would go back to my room in the back of the house and draw my own cars, I had like twenty of them. I had a little logo next to the name and every year I would change the design with colored pencils. I did it for like 3 or 4 years. I wasn’t able to articulate it until many years later, after I saw the Spielberg movie Encounters of the Third Kind, where the guy is compulsively building these little mud things, and I thought: Here I am going to my parents’s bedroom window, looking out on the street, seeing Buicks and then going back to my room, making drawings and pasting them on the wall. How different am I from a little cave kid who’s looking out from the cave, seeing bison and drawing them in the back of the cave?

R     Even at that early age I was trying to confront: Why am I an artist? What compels me to be an artist; I lived in a house with my brothers, but they don’t go around drawing things all the time.

D     Despite having started at a young age do you feel that you are just getting started artistically? Do you feel like you’ve had a renaissance of sorts? 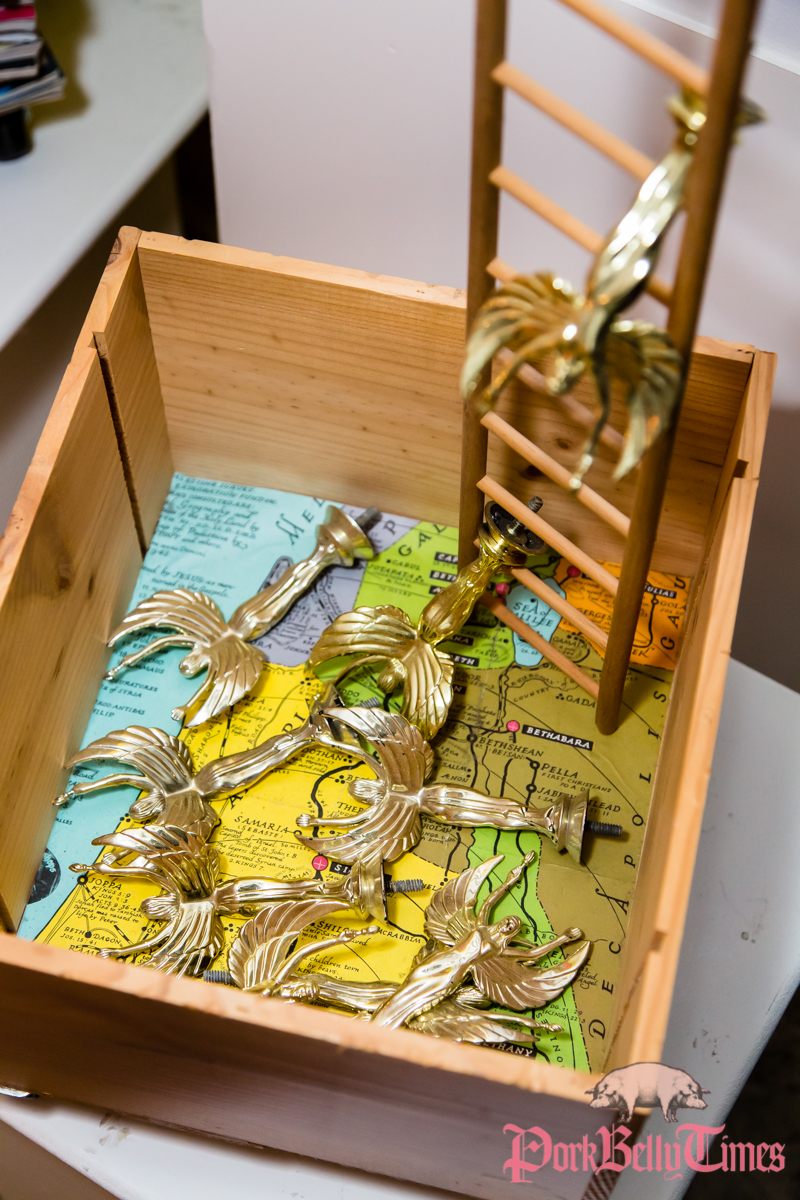 R     I have. Recently I was having a conversation with someone and I told them that when my kids were little I would read these old Hebrew stories of mysticism and there was this one story that would always break us up, I forget the name of the story,  but there was this guy who says something like: “…I saw this tree and layed down for a nap for 740 years,” and we would break up in laughter every time we heard it. I feel like I’m very much like that. At a very young age I was attracted to this urban environment: cars, storefronts, signs, advertisements. These things influenced my art. I went to college and took as many art courses as I could. Chemistry class lasted like 2 days and I ended up going into graphic design. I got so entrenched into art theory; I was making paintings with arrows pointing outwards because why look at art you don’t know anything yet, you should be looking outside of art. That was my message to myself and to other people.

D     Do you go from there and decide, let’s shred some art. Let’s take this Van Gogh over here and just shred it.

R     I think that comes from the parochial school. I had a teacher that saw me drawing on the desk and I was drawing like the three crosses on the hill or something, you know it was a Hebrew school, whatever. He was like wow, graven images, we don’t do that here. I already knew these guys were off base. I think the art of destruction and destroying the cannons of art, the Michelangelo’s is that same rebellion against society and the establishment, although there are different lessons to be learned but there is a direct correlation between the art and that questioning authority attitude. 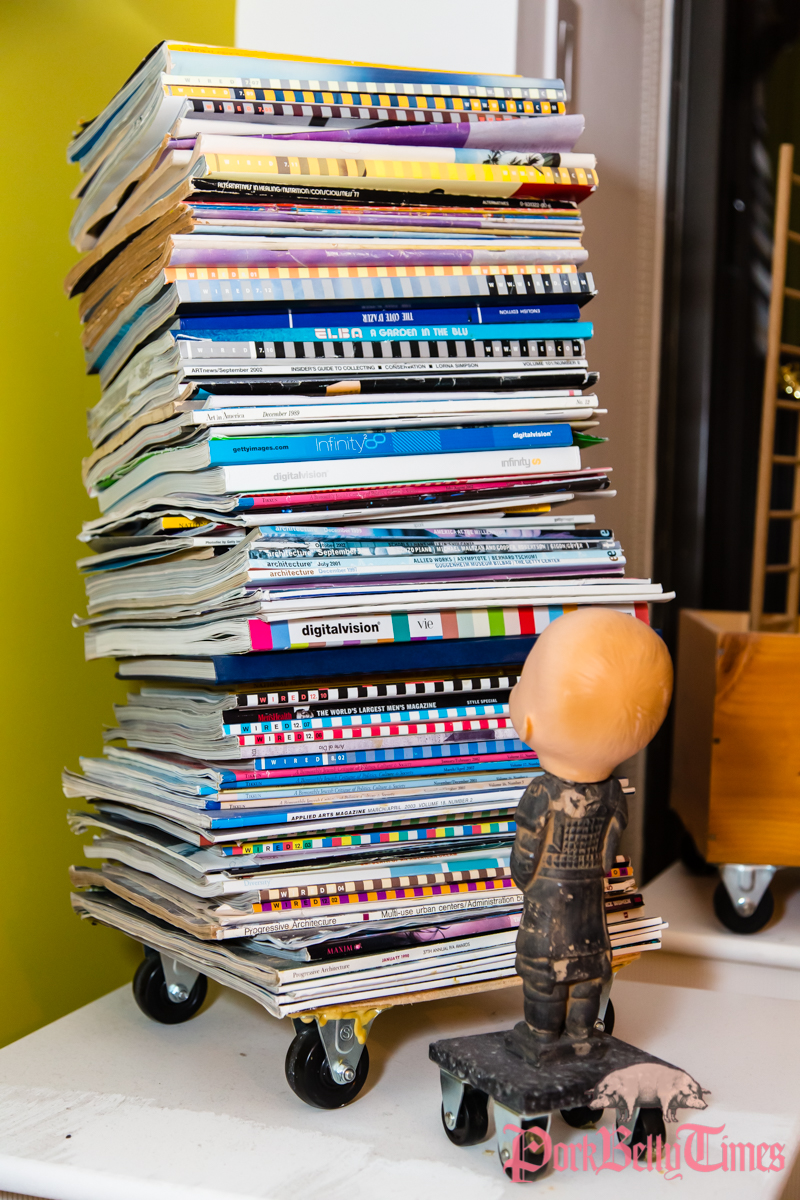 D     Speaking about questioning authority and going against the establishment, this is Pork Belly Times, we have to ask, you grew up in a Jewish household but, do you like bacon?

D     We’ll make sure it doesn’t get out there, but it’s on record you love bacon, not just like, we’re taking it to love.

R     I owned a store, Randy’s Discount Food City. It was in an African American neighborhood and one of the things I sold a lot of was slab bacon, which is the whole slab of bacon, and we hand sliced it. I have personally hand cut thousands of pounds of bacon. I easily sold 100 pounds a week I hand cut; I wish I had some of that now. 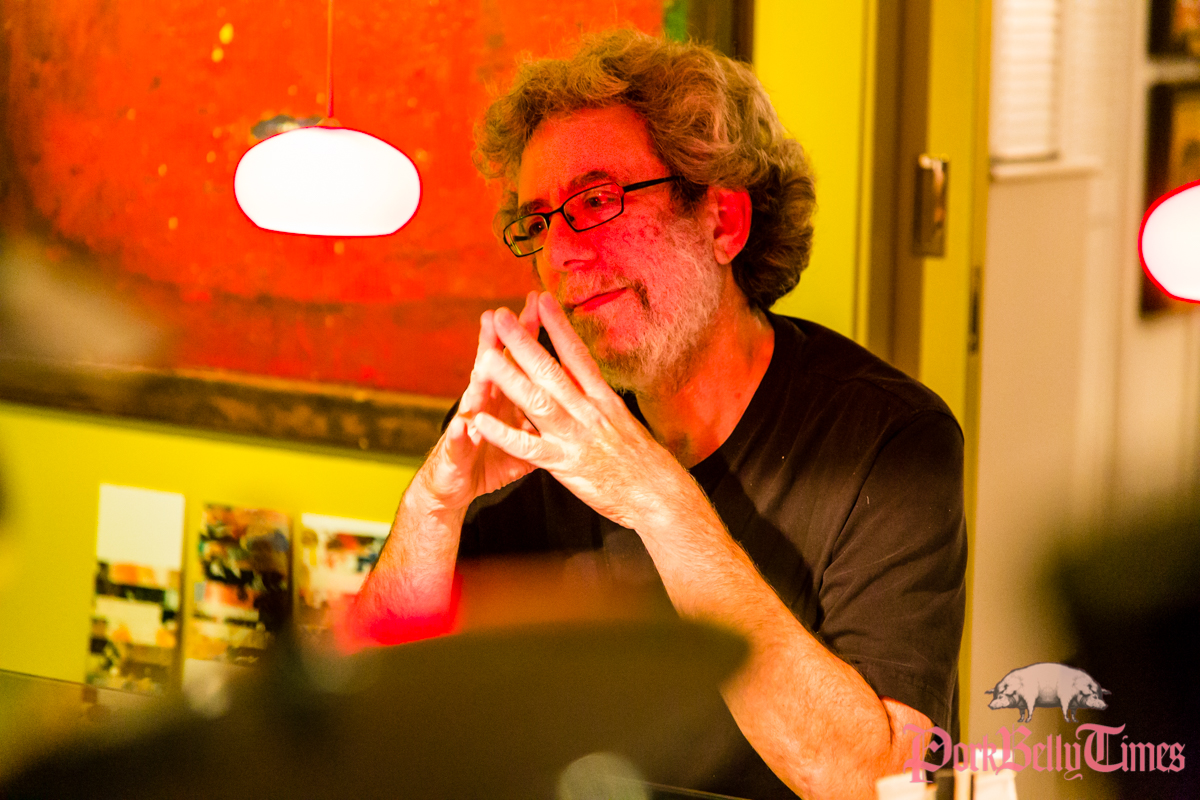 More information on artist Randy Burman can be found at: www.randyburman.com